Marketing in an economic downturn. Should you stop? 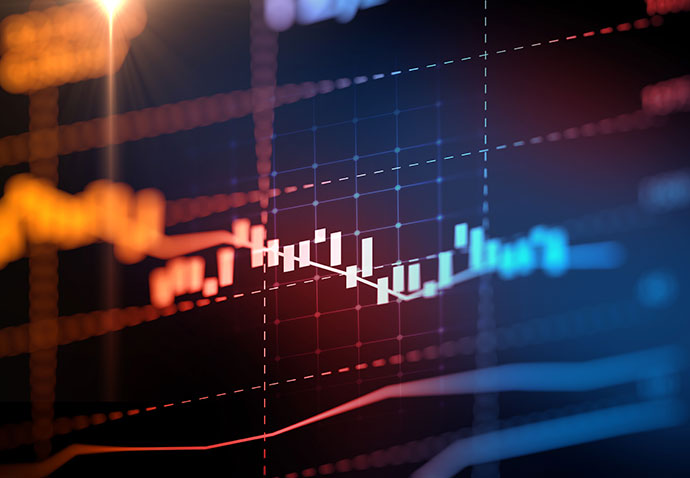 All my marketing career, it’s felt like we’ve either been coming out of a recession. Or about to plunge headlong into another. And right now, it’s becoming clearer by the day we’re teetering on the brink again. So what’s the best way to approach your marketing in an economic downturn?

Every time the world heads towards recession it takes us by surprise. We panic. We scramble for answers and quick fixes where there are none.

Every recession is different, affecting different industries in different ways. And it’s the uncertainty that makes them so tricky to plan for. But this time, with a worldwide pandemic shutting down economies and entire countries, we really are in uncharted waters. 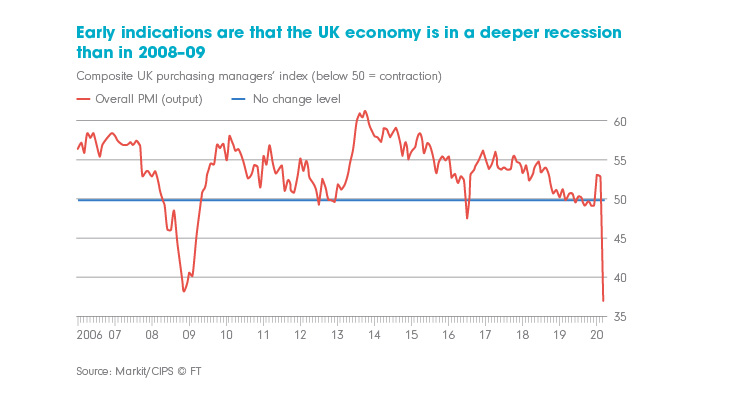 Let’s face it, no one saw Coronavirus coming. No one has a silver bullet guaranteed to get you through the worst of it.

Which means any article or post you’ve read telling you how best to ride it out is speculation at best.

But at the risk of adding to the pile, here’s my take on marketing in an economic downturn, the like of which we’ve never seen before. Here goes: For now – do nothing.

What really? Absolutely nothing?

Correct. When an economic downturn hits, the immediate reaction for most businesses is to do something – anything – as quickly as they can.

Yet experience tells us, it’s the businesses that stick to their guns and keep up their marketing in an economic downturn that emerge stronger. Partly because it gives them a drop over competitors who’ve gone into survival mode, and partly because it proves they’re still out there fighting for their share.

Now, I understand that’s easier said than done. Especially when marketing budgets are a lot easier and quicker to turn off than other costs, like production.

It’s even trickier when senior management doesn’t appreciate the value of maintaining marketing momentum during an economic downturn. Especially in more traditional B2B businesses that look on marketing as the pretty pictures and window dressing; a ‘nice to have’ in the good times but nothing compared to sales, where the big boys do the deals and where the money’s made.

But if you possibly can, and if you’re able to influence the decision in any way at all, do your best to keep your marketing going through the upcoming recession.

Not because marketing is the solution to everything. But because it gives you a window, no matter how brief, to do something positive: To make a marketing plan.

Now’s the time to start planning

Hard as it is at times like these, resist the temptation to make ‘knee-jerk’ decisions before you’ve given yourself a chance to assess your options.

I get that rushing out a random burst of LinkedIn posts in reaction to the events of the last two weeks can make it feel like you’re taking control.

But judging by the landslide of Covid-19 emails I’ve received, it’s panic, rather than planning, that’s winning the day right now.

Okay, I’m happy my gym thought to email me to let me know it’s closing down for the foreseeable. That’s only sensible. But be careful of messaging everyone in your database about what steps you’re taking in such challenging times, regardless of when you last spoke, or even if they’re still a customer. Especially when it’s one of 25 other messages they’ve received that day saying exactly the same thing.

As one Twitter user observed: “I never knew until now that my health and safety is the number one priority for so many brands I don’t remember subscribing to”!

Far better to use your time and the resources at your disposal constructively, by creating a marketing plan for this new, and entirely unprecedented economic downturn.

And right now, when we’re all in entirely unknown territory, a roadmap is what you need most.

The best thing about going back to fundamental marketing planning principles though is that even in extraordinary times, they give you proven, measurable and repeatable tools that still work.

There’s a quote I like from Commander Chris Hadfield’s TED talk on the danger of acting without planning in the astronaut business: “Remember, there is no problem so bad that you can’t make it worse”.

Whether it’s a rocket launch or an economic crisis, the principle remains the same. As soon as you start to plan for, rather than simply react to the situation you’re in, you immediately distance yourself from that knee-jerk instinct I mentioned earlier.

That’s good because it stops you rushing out ill-thought, short-term tactics that won’t make much difference to your sales performance right now. And which could even damage your brand in the long run.

No amount of quick discounts and one-off deals on your part will turn the economy around as long as Coronavirus continues to batter it. But developing a plan for marketing in an economic downturn and putting strategy before tactics will help you navigate through the crisis, and see you in a stronger position on the other side.

Keep in touch with the people who matter most

All good marketing plans put the customer at the centre of everything. When you’re marketing during a recession, that’s even more vital.

Any marketing textbook will tell you winning new customers is harder and more expensive than growing sales from existing ones. Another reason sticking to your guns and doing what’s worked for you in the past is good advice. 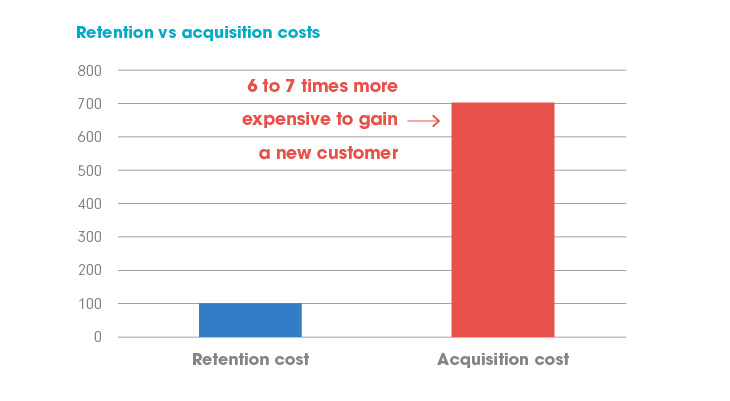 So when you’re ready to deploy your marketing plan, think about how you prioritise the customers you have right now.

Bear in mind they’ll be feeling every bit as anxious and uncertain about the future as you are. They may not be in a position to buy because their budgets have been slashed.

That doesn’t mean you can’t continue your relationship with them. It just means switching your marketing objectives away from sales to softer customer service benefits.

Even without a sale in the pipeline, there’s value in providing reassurance and advice. Remind customers what you can do for them and how you can help. Use blogs and social media to offer your insights and thought leadership. Anything you can do to strengthen your relationship in the hard times will pay off when things start to pick up again.

Remember, this is temporary

It’s hard to believe, given the headlines, but this isn’t the end of the world. It’s serious, alright. Potentially, more serious than any other downturn we’ve seen before.

But if we do go into full-blown recession, like every one before it, this one will end too. Most recessions last less than a year. The most severe of recent times, the worldwide crash of 2008-2009, lasted 18 months. 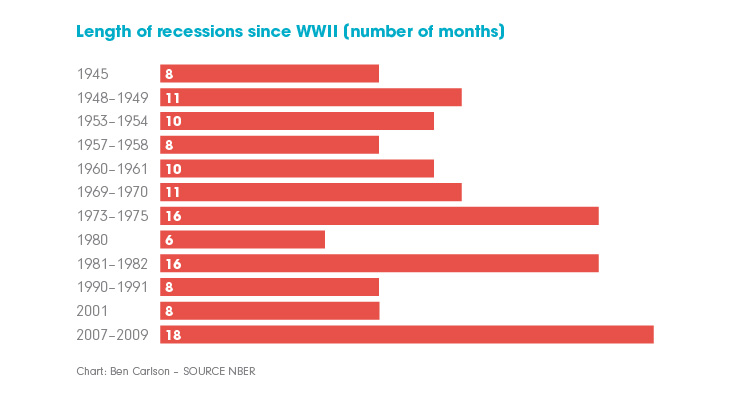 So when you’re marketing through a recession, be certain you plan for what happens afterwards.

That doesn’t just give you a longer-term take on things. It also means you’ll be working with a much more positive mindset.

Not surprisingly, most of the advice about dealing with a recession focuses on corporate health. But just as important as the health of a business is the wellbeing of those working in it. Concentrating on a post-Coronavirus future will sustain you and your team much more than focusing solely on day-to-day problems and panics.

Planning for a post-recession economy has another advantage too. It means, when the recovery starts, you’ll be ready for it. And here’s where sticking to your guns and maintaining your marketing in an economic downturn pays off.

Companies that scale down their marketing during a recession become invisible. Pretty quickly, customers start to assume the reason they’ve gone quiet is because they’ve become a victim of the recession themselves.

But if you carry on marketing, whether through advertising or public relations activity, it makes you look strong and reliable to existing and prospective customers alike. Even more so when others in your sector have withdrawn to weather the storm, or become ‘zombie business failures’ in the face of economic stress they were never equipped to handle.

And once that storm is over, guess who they’ll remember when they’ve money to spend again?

In marketing psychology, they call this the ‘Mere Exposure Effect’; the tendency for customers to prefer your products or services simply because they are familiar with them. So just by being around when others aren’t, you strengthen your position now, and in the long term.

When I say ‘the best thing to do in a recession is nothing’, I don’t mean plough on regardless. That’s what the captain of the Titanic did. I mean don’t do anything until you’ve given yourself time to plan your next steps.

There are winners and losers in every recession. How you plan your marketing now will be the difference between being one or the other in 6 months, a year or two years’ time.

Marketing during a recession is a big subject, and there are many more aspects to it than I’ve had the time or space to cover here.

So whether you want more information about any of the points I’ve touched on, or help with planning your strategy for marketing in an economic downturn, talk to Intermedia. 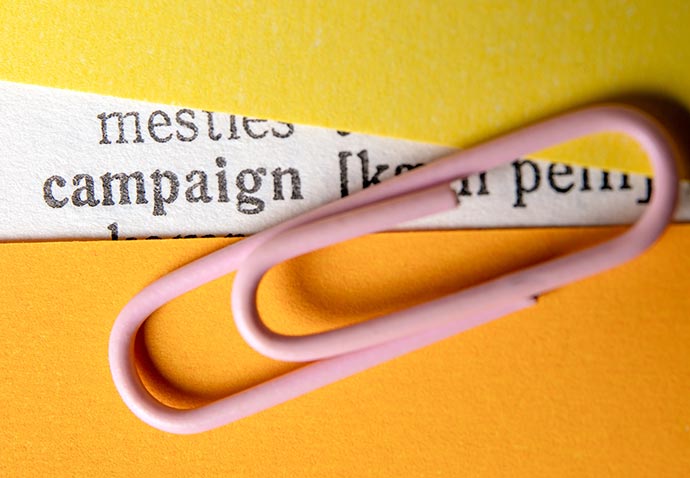 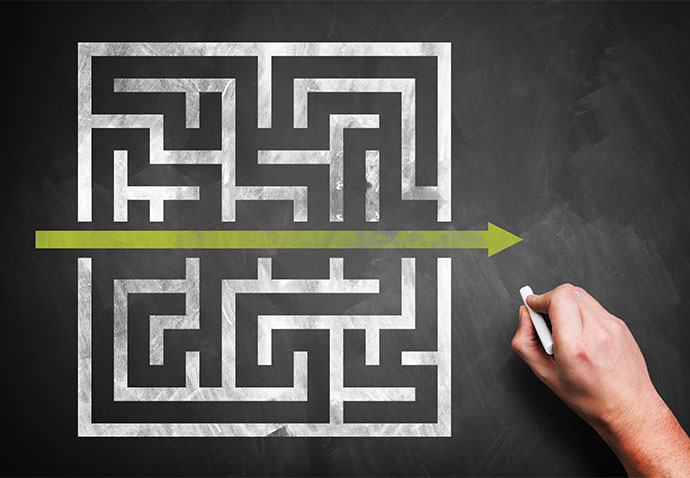 01.10.2020Why is marketing planning important?Learn more 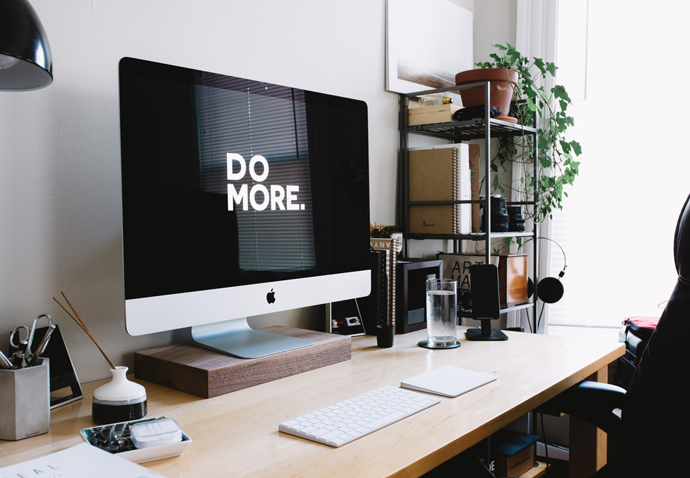