Advertising works when your proposition is bang-on

They wanted to capitalise on a growing sub-market – on-site managed services. They already had on-site contracts under their belt. And a formidable high-street presence. But their on-site service had little brand awareness.

They needed to launch their version of the product – gap onsite. Add into the mix a desire to double their top line, and you’ve a serious project on your hands. One too big for an internal team.

The team was time poor. And they lacked the diverse skills needed to create hard-hitting advertising campaigns. To elevate brand awareness and meet financial targets, they needed to ditch the stock photography and trite headlines they’d used in the past.

They couldn’t do it alone. 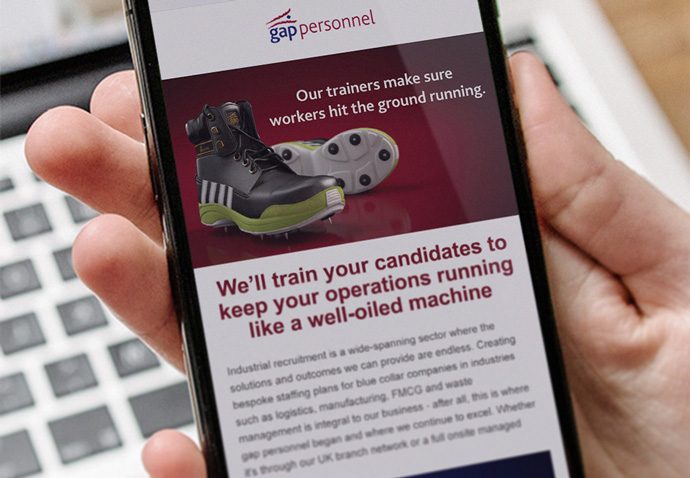 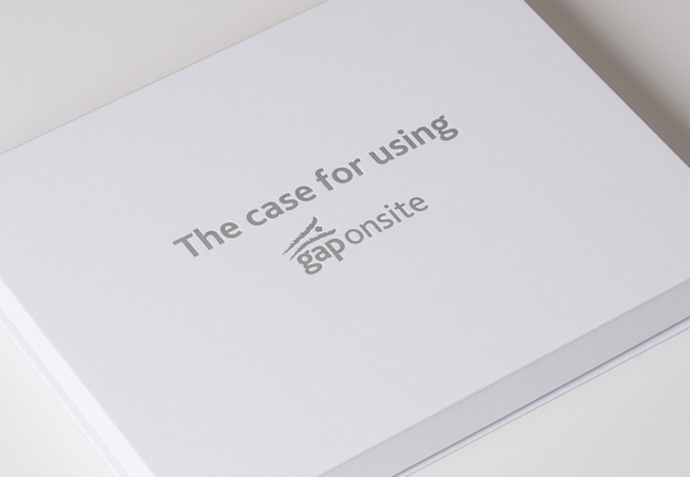 We helped gap personnel with:

Doubling turnover is a significant objective for any company. But with annual sales already pushing £68.9M, gap’s was nothing short of bold. Intermedia’s first task was to assess the goal. Was it feasible?

Analysis of the competitive environment and projected market growth was encouraging. The managed services opportunity was massive. The market’s value was a whopping £6.2 Billion. With 28.8% under contract, adding c. 100% turnover over three years was achievable, at least on paper.

The market leader had over 11% market share. gap’s share, while impressive for a non-specialist, was relatively small. But their sales conversion rate was above the industry average.

It was a crowded market. Most companies were generalists. If competitors had an on-site service, it lacked differentiation. Their marketing communications didn’t convey how they added value to customers’ workforce performance. They were missing a trick.

gap had robust processes, controls and customer performance metrics. Retention rates were high. These insights unearthed a credible service proposition. They had differentiation.

To avoid diluting their onsite proposition with their branch network offer, they formed a new division. Bigger Thinking led to precise positioning. With a dedicated on-site division and formidable infrastructure, gap could scale to its customers’ needs. 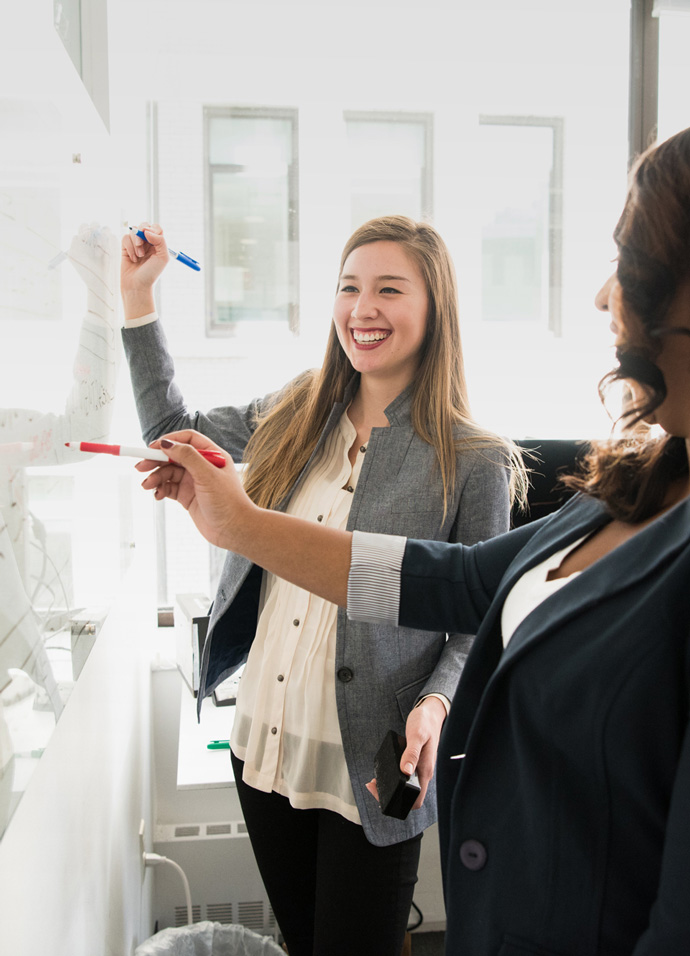 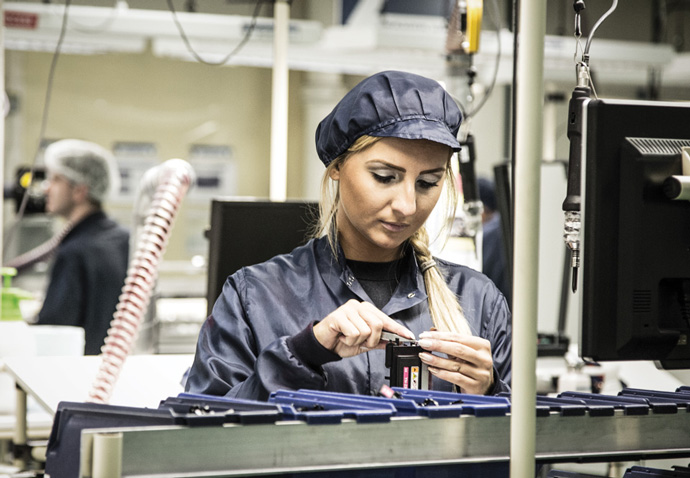 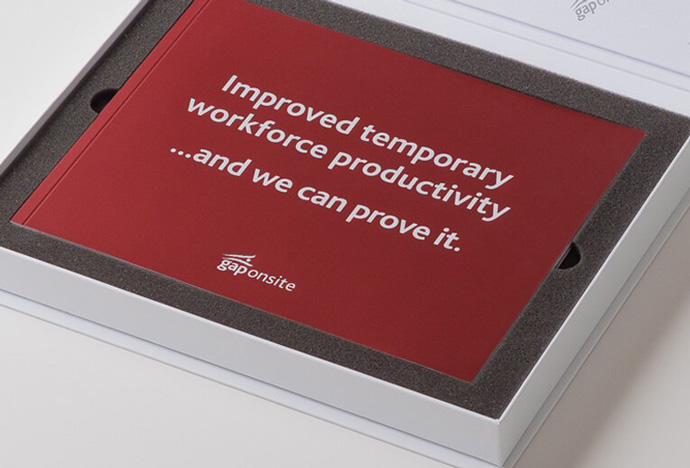 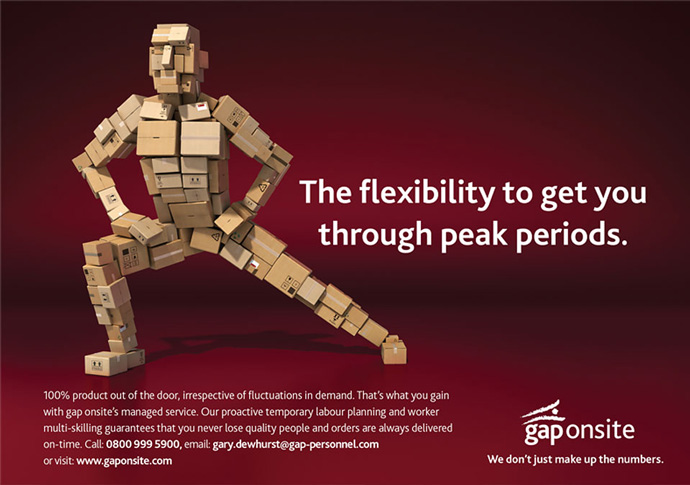 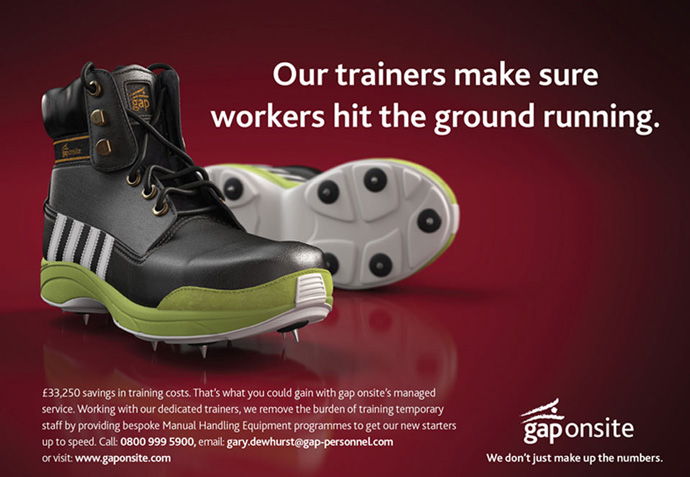 “We don’t just make up the numbers” resonated with gap’s management.

We created an extensive range of marketing communications for launch. The new division’s website was central. But media planning and creative advertising campaigns had the most emphasis.

It was a long-haul. But over a two-year campaign period, gap onsite’s awareness soared. The division became a mainstay of the group’s offering and sales contribution. gap has more than doubled its turnover. With its dedicated sales force and determined board, the business has gone from strength to strength. 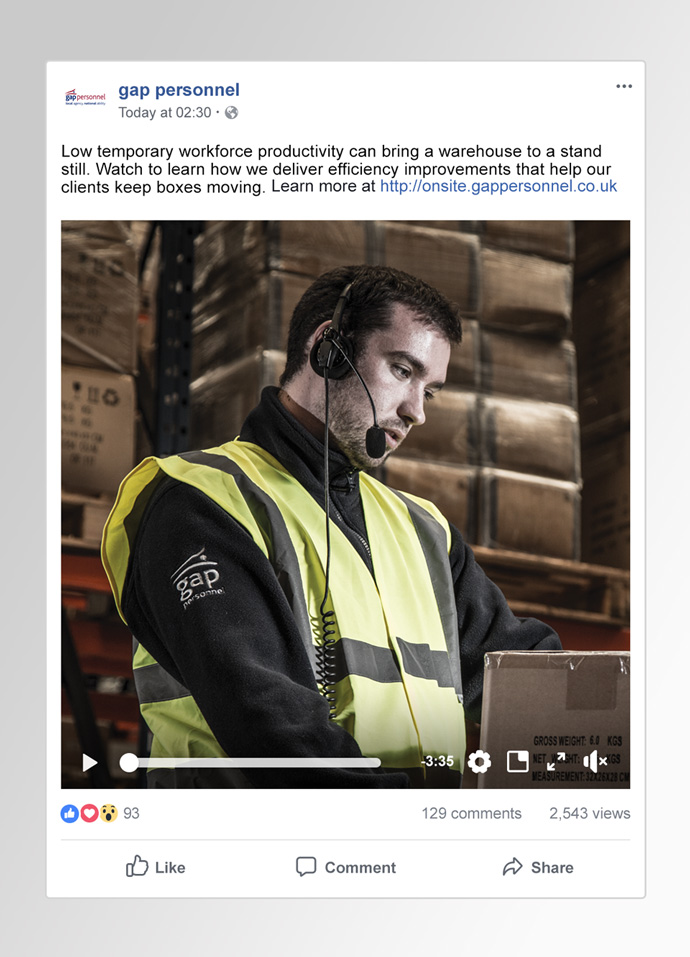 We let our clients do the talking

Let us give your marketing Bigger Impact

Take a leaf out of gap’s book. Don’t settle for humdrum B2B advertising.

Give your brand and your products the hard-hitting, creative campaigns they deserve. If you want your brand awareness to go through the roof, and enquiries to come in thick and fast, talk to Intermedia.